China is the great role model in the corona crisis 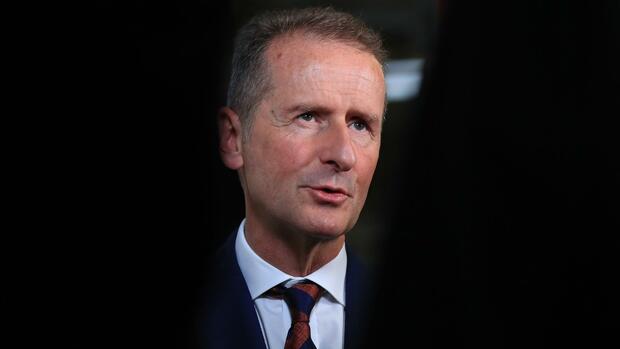 The daily part of the evolution of the epidemic in Italy shows that it is still under control. The country remains in thedownward trend...
Read more

Volkswagen is trying to reduce the burden of high fixed costs. “Naturally, short-time work benefits in Germany and comparable programs in other countries also help,” said the Volkswagen CEO. At the same time, less important projects are simply stopped at Volkswagen at the moment in order to limit the outflow of liquidity. All car manufacturers are affected by the current crisis. VW is in a better position than some of its competitors.

In addition, Volkswagen is once again benefiting from the China business. Where the global corona crisis began at the beginning of the year. “The economy starts again,” emphasized the Volkswagen boss. The number of cars sold is also slowly increasing again.

China is extremely important for the Wolfsburg car company. Volkswagen sells almost 40 percent of its vehicles there and earns more than three billion euros in its China business every year. Despite the slump in sales triggered by the corona crisis at the beginning of the year, there could still be “a decent year in China,” said Diess. A loss of jobs is not expected there.

From the VW CEO’s perspective, the People’s Republic is a good role model from another perspective. China has managed to get a grip on the health problems associated with the corona pandemic and, at the same time, have given the economy a boost. “We can learn a lot in China,” said the Volkswagen boss.

In the ZDF talk show, Diess wanted Germany to be guided by Chinese experience. “We don’t have the discipline in this country yet,” emphasized the VW boss. But he wanted to use the current break in his own factories, for example to introduce additional safety precautions to protect employees from the corona virus, as has long been the case in China.

If production in Germany starts again in a few weeks, facial masks in some areas could be part of the standard equipment, for example. With the experience already gained in China, the production can be changed so that there is no risk of infection for the employees.

The VW boss saw no alternative to the current government policy. The spread of the coronavirus can only be stopped by the current sharp interventions in everyday life. “These are the only targeted measures,” said Diess, “also from an economic perspective.”

This spread optimism on the ZDF program that Volkswagen can survive the current production stop. But at the same time he also made a restriction: that was “not infinite”. The reserves of the Wolfsburg car group were sufficient for a few weeks and months.

Herbert Diess did not want to give a guarantee that all jobs at Volkswagen would actually be preserved at the end of the crisis in Germany – because negative scenarios cannot currently be completely ruled out. For example, that the spread of the corona virus cannot be curbed despite the severe cuts in public life.

Volkswagen has announced a comprehensive electric offensive this year. The focus is on the market launch of the new ID.3 electric car, an E-model in Golf format. According to the VW boss, the development departments work normally. VW is therefore sticking to its plan that the first cars will be delivered in summer. “I’m very confident about that,” said Diess.

New deadly results in the United States. The country recorded for the second consecutive day nearly 2,000 deaths linked to Covid-19, according to the...
Read more
News

While the health crisis linked to the coronavirus is not sparing French rugby, the National Direction of Aid and Management Control (DNACG) must validate...
Read more