chloroquine may eventually be prescribed by hospital doctors 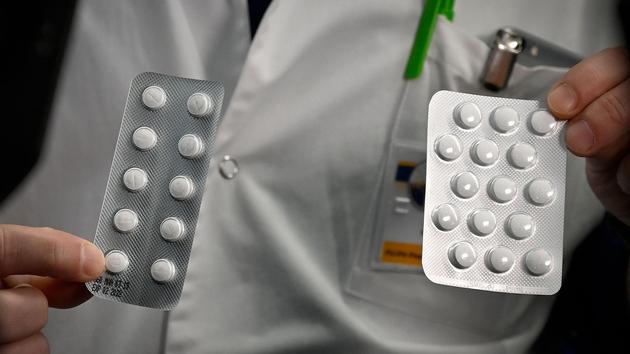 While the health crisis linked to the coronavirus is not sparing French rugby, the National Direction of Aid and Management Control (DNACG) must validate...
Read more

Olivier Véran, the Minister of Health has ruled, the prescription of chloroquine is therefore possible at the hospital, if the doctor deems it useful, without waiting for the results of the clinical trials in progress. This is indicated by the decree published Thursday in the Official Journal. It specifies that “hydroxychloroquine and the combination lopinavir / ritonavir can be prescribed, dispensed and administered under the responsibility of a doctor to patients affected by Covid-19, in the health establishments which take charge of them, as well as for the continuation of their treatment if their condition allows it and with the authorization of the initial prescriber, at home ”.

But at what point of the illness should chloroquine be administered? At the start of treatment, or when the disease becomes serious? The PrDidier Raoult, who defends a protocol based on this molecule at the Institut hospitalo-universitaire Méditerranée Infection, asked the question in a video published on March 25. “From a therapeutic point of view,” he explains, “what we are seeing is that the patients when they have a respiratory infection, when they go into intensive care, they have almost no more virus and often we can’t even cultivate it anymore, so it’s too late to treat the germ with antivirals. ” A polite way to predict the failure of the large European Discovery trial which will, among other things, test chloroquine, since this trial is aimed at severely ill patients. The scientific method is none the less defended by the highest moral scientific authorities in the country.

In a joint press release published the same day entitled “Primum non nocere” (Before anything do no harm), the Academy of Medicine, which formed a Covid group, and the Academy of Sciences, also took a position after recalling that “Faced with the Covid-19 pandemic, the rapid progression of which leads to high morbidity and mortality, we do not currently have proven drug treatment for the infection.” For both academies, “in this context, it is necessary to remember that the use of a new treatment, even if it is based on a molecule already used in medicine for more than 70 years, must conform to a scientifically established methodology which uses codified rules. “

»SEE ALSO – Chloroquine, between hope and doubt against the coronavirus

The difficulty in carrying out a clinical trial involving infected patients who are not in serious condition comes from the small proportion of patients who are destined to get worse. To demonstrate a statistically significant effect, it therefore takes a lot of participants at the start to have at the end of the study a sufficient group of seriously ill patients. A Chinese essay just published in the Journal of Zhejiang University illustrates this well. It involved only 30 patients with a confirmed Covid-19 and could not demonstrate any benefit from hydroxychloroquine compared to placebo, since all of them had a favorable evolution.

However, the proposal of the Pr Raoult’s testing of chloroquine early enough in the disease is based on a rational. “The first line of defense, innate immunity, relies on attacked cells, capable not only of alerting the immune system to orchestrate its overall response, but, moreover, of a group of specific immune cells (dendritic cells ) produce interferon with proven antiviral properties “, explains the Pr Éric Vivier, professor of immunology and coordinator of the Marseille Immunopole cluster. According to the Pr Raoult, that’s when chloroquine could come in handy, like the antivirals tested in the trials. “Only then does a more powerful immune response occur,” explains Pr Vivier. About a week or so you see neutralizing antibodies that confirm the infection. ”

At this time, acute respiratory distress syndrome (ARDS) may occur in some infected people. “It is no longer so much the initial infection that becomes the problem as the diffuse and poorly controlled inflammation in the body, mainly in the lungs, induced by the virus”, explains Pr Arnaud Scherpereel, pulmonologist at Lille CHU and medical coordinator of the Covid building set up at CHU. The thoracic scans carried out then testify to the inflammatory infiltration of the lungs by immune cells. “At this stage, we are rather testing molecules that target the immune system,” concludes Pr Vivier.

The collapse of the Spanish health system due to exhaustion of beds in the ucis, predicted for the March 25th in a manifesto...
Read more

While the health crisis linked to the coronavirus is not sparing French rugby, the National Direction of Aid and Management Control (DNACG) must validate...
Read more
News

New deadly results in the United States. The country recorded for the second consecutive day nearly 2,000 deaths linked to Covid-19, according to the...
Read more