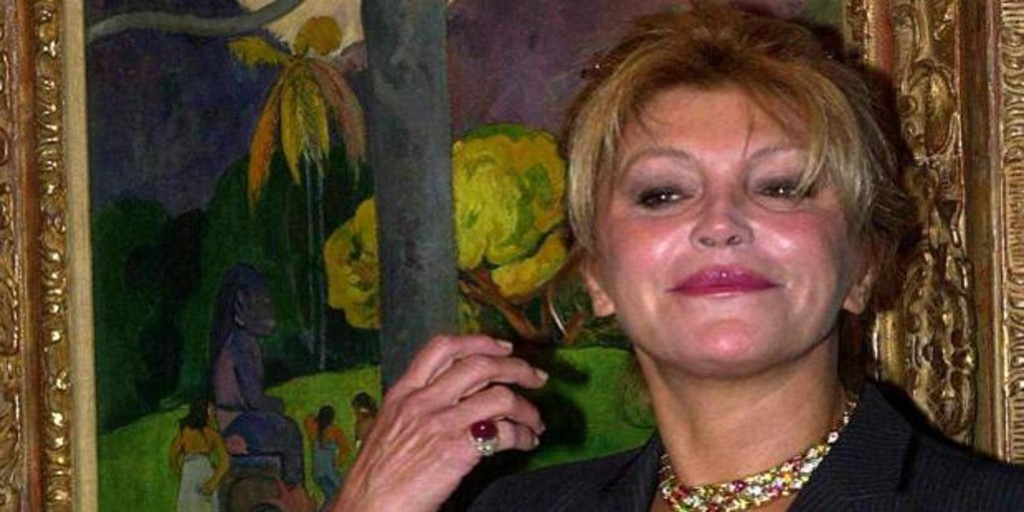 The Executive has extended until September 30, 2020 the State guarantee for 425 works that are part of the Thyssen Collection and that make up the loan that houses the Thyssen-Bornemisza National Museum, whose agreement is in negotiations between the Ministry of Culture and Sports and Carmen Cervera.

However, in this extension the work “Mata Mua” by Paul Gauguin, which was known in early June to have left the museum, no longer appears. Thus, the works insured on this occasion are one less than the previous extension and the value that the State grants to the set of works (without the aforementioned piece) is 25.7 million less: 390.6 million euros from the previous warranty passes to 364.9 million euros of the current one.

In addition to the “Mata Mua”, the three works that were already out of the previous agreement and that have also left the museum’s facilities are excluded from this new guarantee: “Race horses in a landscape”, by Degas; “Martha Mckeen the Wellfleet,” the Hopper, and “The Charing Cross Bridge” by Monet, as stated by Europa Press in the guarantee agreement.

The new State guarantee will take effect on July 1, 2020 and will be in effect until September 30, 2020. The stable clausesThese are the same as on previous occasions, since coverage is conditional on said assets being deposited at the headquarters of the Museo Nacional Thyssen-Bornesmiza in Madrid.

Also that the contract for the loan of works of art signed by all the parties has not been denounced by any of them. In addition, in the event of a temporary loan of parts to third institutions, the works will no longer be covered by the State guarantee from the signing of the deposit withdrawal certificate.

«Mata Mua», conducted by Paul Gauguin in 1892, it was one of the 429 works that were part of the collection loan owned by Carmen Thyssen signed in 1991 with a duration of ten years and since then it has been renewed annually since 2011.

However, in early 2017 the baroness demanded a new framework of relations with the State from the Ministry of Culture, as she understood that the 2002 contract was «obsolete».

Since then, the Ministry, initially with Íñigo Méndez de Vigo, later with José Guirao In front and now with José Manuel Rodríguez Uribes, they have held negotiations with Carmen Thyssen for the signing of a new contract that has forced the State guarantee of the 429 works to be periodically renewed.

The departure of the “Mata Mua” has provoked some criticism and it was the Minister of Culture and Sport, José Manuel Rodríguez Uribes, who advanced his will to reach an agreement “reasonable in times of crisis»With Baroness Thyssen regarding her private collection,« including »the painting by Paul Gauguin that has the right to export.

“I am going to ask the Baroness to make a technical assessment by experts, also by the curators of the Thyssen Museum, of the approximate value of the private collection,” the minister pointed out two weeks ago, despite reiterating the importance of “having taking into account the new reality »to resume negotiations.

Previously, Uribes had acknowledged that he was unaware of the previous agreement reached by his predecessor, José Guirao, with the Baroness. It was the former minister himself who said that “Mata Mua” was never given an “export permit” during the time he held the position.

During the entire period that I have been in the ministry, they were never given an export permit, but they could not be denied because they had the right to do so, hence the administrative silence that must be read in a context of negotiation and that in practice It worked, ”he noted in mid-June.

The work was scheduled to be presented this Tuesday at the Thyssen Museum in Andorra, although the press conference was canceled last weekend “for insurmountable logistical reasons related to the movement of the piece.”

It is not the first time that Baroness Thyssen withdraws some of her works from the Thyssen Museum. In 2012, the auction house Christie’s sold her work “The Lock” for almost 28 million euros. John Constable, which until then had remained on the walls of the Museum and which the Baroness put up for sale for lack of liquidity, as she argued.

Both the former Minister of Culture Ángeles González-Sinde like the former minister José Ignacio Wert They received the option to purchase Constable’s painting, but both declined the offer. At that time, not only the price of the Constable, which reached a record in the artist’s sales, transcended, but also the price of 150 million euros in which the “Mata Mua”, another of the most valued works of the baroness collection.

The permanent collection of the State-owned Thyssen-Bornemisza Museum (800 works of art acquired in 1993) is outside this negotiation process and its continuity is guaranteed.

Share
Facebook
Twitter
Pinterest
WhatsApp
Previous articleAgainst the crisis, Boris Johnson urges to “build, build, build”
Next articleFree way for the King: in France they assure that Barcelona offers Ivan Rakitic to go to PSG
Save 60.0% on select products from SAMMIX with promo code 6018YMV7, through 4/25 while supplies last.

Imagine being a teenager and finding Stormzy in your house when you get home from school. This is what happened to Ishae, 15, from...
Read more
Entertainment

Lionel Finance, a former alpine skier, was injured in the spine following a fall on the Pisaillas glacier, near the Iseran pass. The...
Read more
Tech

Indian influencers left behind after TikTok NAC banInstagram Reels: How to Download Reels Video and Save on Your Gadgets 360 PhoneInstagram Reels Vs. TikTok:...
Read more