Death of Michel Hidalgo, the apostle of French football 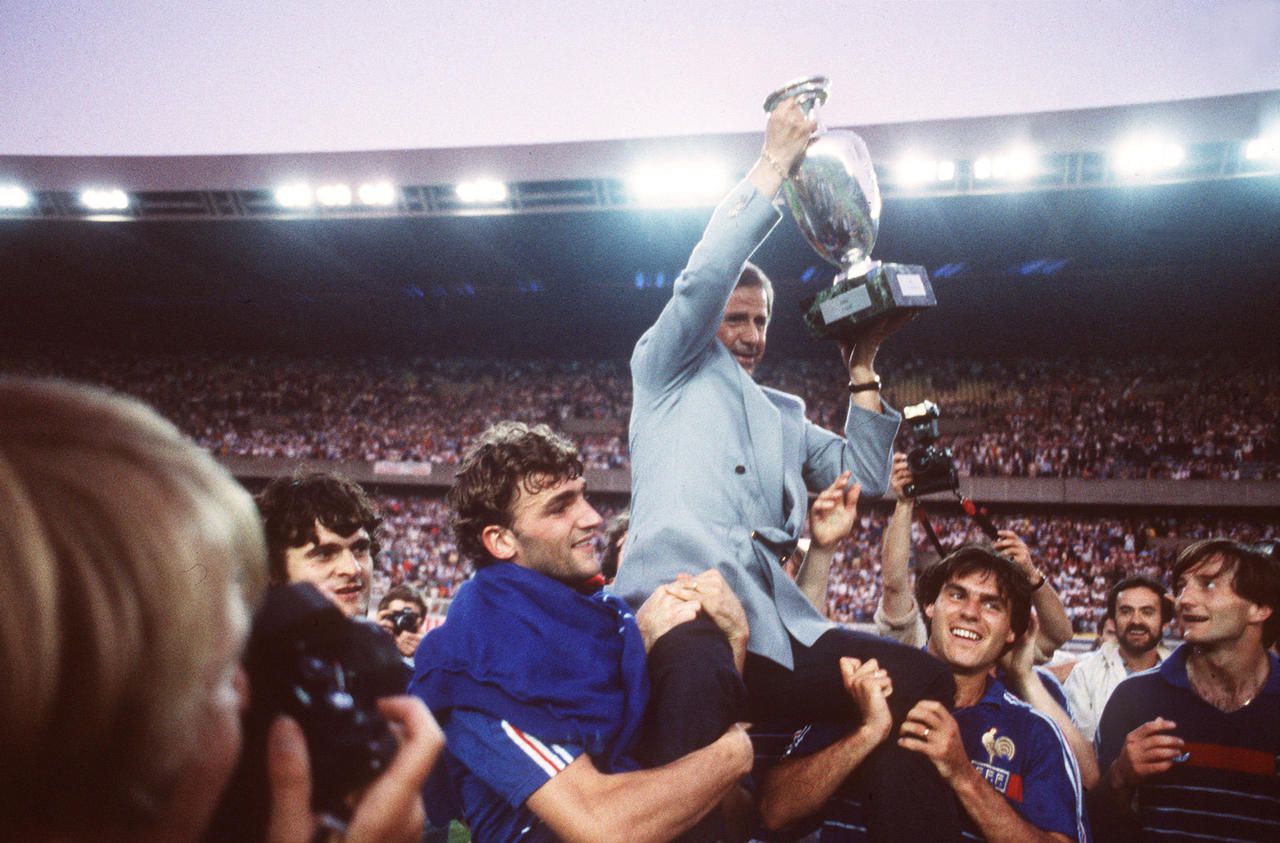 The scene takes place in a Marseille restaurant on February 12. The 1984 European champions, reunited on the initiative of the CIF (Club des Internationaux de football), line up in single file, as if they were entering a field, before taking turns hugging their former mentor, Michel Hidalgo, who died on Thursday at the age of 87.

“He was already very weak, but had a moment of lucidity. He took the floor, very slowly, to express his joy at being there and to thank his former players without whom, according to him, nothing would have been possible, confides Henri Emile, the former French manager. He was my master and my friend. It marked the history of our sport. “

This moment, with a strong emotional charge, brings back each of the protagonists present that day, 36 years back. Memories appear on the collective memory. This June 27, 1984, the Blues enter on a level with the legend by taming the Spain of Luis Arconada in the final of the Euro (2-0). For Hidalgo, it is the culmination and the end of a mandate started eight years earlier by succeeding the Romanian Stefan Kovacs.

From this first triumph, the treasure of a community of 21 men, there are lots of things to start with the preponderant influence of two chefs: the director Hidalgo and the brilliant actor Platini. With different trajectories and complementary ideas, this duo gives the French team a style, a maturity and a conscience, held at a fragmented level, two years earlier, during the Spanish World Cup ended with such a cruel elimination (on shots at goal) against Germany in Seville.

A magic square to build success

In the overheated lair of the Parc des Princes, Hidalgo lets himself be overcome by his feelings. Maybe he sees the film of his life in his head. This son of a Spanish metalworker, born in Leffrinckoucke (North) tasted his childhood in Normandy where he happened to meet, at the end of the Second World War, the future Annie Girardot, two years his elder in the caves of the plateau Colombelle (Calvados).

Caught up, very young, by the football virus, this lively and undulating winger digs his furrow in Reims, where he is deeply marked by his meeting with Albert Batteux, then in Monaco. International only once in 1962, he spent his career, five years at the head of UNFP, the players’ union. He was notably the architect of the creation of FIFpro in 1965, obtaining in 1969 the entry into force of the time contract (instead of the life contract).

#MichelHidalgo was my favorite coach: I shared his vision of #soccer
His way of managing was productive! A fine psychologist, he drew more than the maximum of his players! I have great sorrow May he rest in peace! pic.twitter.com/YNDNoVdi0l

Promoted to the head of the Blues in the fall of 1975, he first knew various fortunes with a fairly neutral participation in the 1978 World Cup, then a non-qualification for the 1980 European Championship. Educator at heart, gourmet of human relations, he does not let himself be disconcerted by these repeated failures. Cultivated and affable, he decided not to depart from an early course of action.

Craftsman of a crusade for the complementarity between beautiful play and victory, this apostle of French football, who forgets his weaknesses to believe only in his strength, will rely on the magic square Platini-Giresse -Tigana-Genghini (then replaced by Luis Fernandez) to forge its successes.

France rises, first, in the semi-final of the World Cup 1982. Beyond its distress in the Andalusian dark night, we also remember its memorable rant after the intrusion on the field of Kuwaiti Sheikh Fahid Al-Ahmad Al-Sabah in the first round.

An experience at OM from which he will not emerge unscathed

Then it will be 1984 when his biggest victory, like that of his players, is to go and seek, in a providential conjunction of the stars, with brilliance, generosity, magic and suffering, a trophy with which the whole country saw himself adorned long before l ‘hour.

Inescapable character of the hexagonal sport, it declines, shortly after, the proposal of Laurent Fabius to become Minister of the Sports, but lets itself be allured in 1986 by the speech enjôler of Bernard Tapie to accompany it in Marseilles. He was manager of OM until 1991.

With unparalleled kindness and kindness, Michel Hidalgo will leave a big void.

An experience from which he will not emerge, however, unscathed and will retain real bitterness, after his 1998 sentence to eight months suspended prison sentence and 200,000 francs fine (approximately 30,000 euros) in the case of the accounts of the Marseille club. Remained very attached to Marseille, he still lived there but had seen his health decline for many years.

“I called him Sunday for his 87th birthday and his wife Monique explained to me that he had lost weight and eaten very little,” says Henri Emile, tremolo in his voice. In the selectors’ paradise, he went to join Henri Michel, his successor at the head of the Blues, who disappeared almost two years ago.

VIDEO. June 28, 1984, Michel Hidalgo reacts to the victory in the European Cup

Share
Facebook
Twitter
Pinterest
WhatsApp
Previous article“Stay home, it’s the only way”
Next articleCoronavirus: “Football Manager” and “Assassin’s Creed” free for a few days
Save 60.0% on select products from SAMMIX with promo code 6018YMV7, through 4/25 while supplies last.

Chilling footage captures the moment the Pakistan International Airlines (PIA) plane fell from the sky before it crashed into homes...
Read more
Archynetys