in France, the toll is approaching 11,000 dead, prolonged confinement 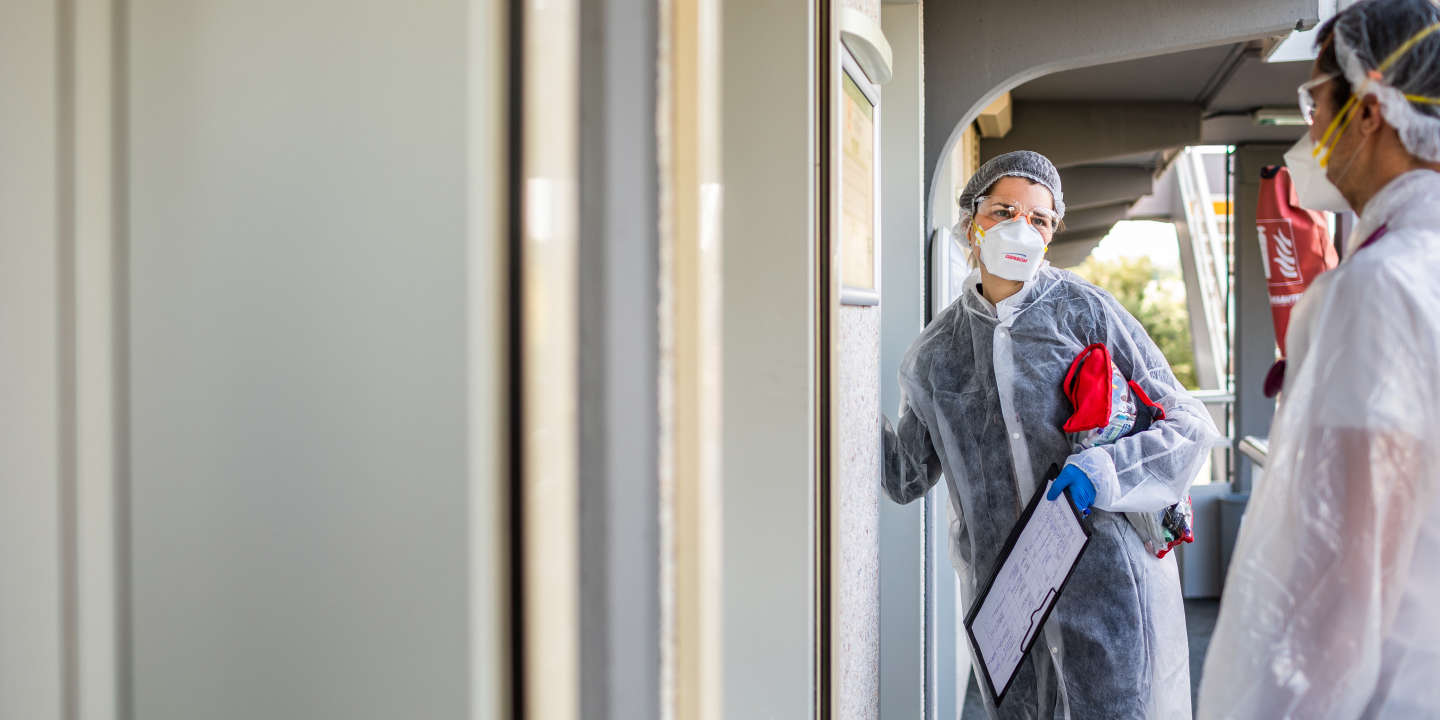 Coronavirus: President of Bolivia Jeanine Añez announces that she has been tested positive

"I am positive at Covid-19, I'm fine, I will work in isolation," Jeanine Añez, the interim president of Bolivia, announced on Thursday on her...
Read more

The confinement of the French “Will be extended” beyond April 15 and Emmanuel Macron will present his decisions on Monday to continue the fight against the epidemic, after consulting in all directions, the Elysée Palace announced on Wednesday April 8 to Agence France-presse (AFP). He will speak just after the “clapping” of 8 pm, a daily meeting during which French people applaud the healthcare workers on their windows.

Read also Coronavirus: the Elysee Palace confirms the extension of confinement after April 15

By Monday, the head of state “Will consult a large number of public and private actors, French, European and international, in order to exchange with them on the major issues relating to Covid-19 and to prepare the decisions which will be announced to the French on Monday”, said the Elysee.

Wednesday, Mr. Macron met with experts from the World Health Organization (WHO) and he will also discuss by Monday with some of his European partners, with his scientific council and with elected officials from the field, on the key elements related to the pursuit of containment and the exit strategy, including masks, vaccines and tests, explained the presidency.

The Covid-19 epidemic continued to cross France and the death toll rose on Wednesday. “The tension is barely easing in certain resuscitation services in certain regions but becomes even stronger in others”, said Director General of Health Jérôme Salomon in his daily update.

While 6.3 million workers are affected by short-time working, the country’s gross domestic product (GDP) has collapsed by 6%, according to the Banque de France, which published its first business survey taking into account the effects of the containment measures which came into force on March 17.

Read also Global trade and coronavirus: the threat of collapse

Given the 0.1% drop in GDP in the fourth quarter of 2019, France therefore entered a recession – this one being characterized by two consecutive quarters of drop in GDP. Overall economic activity dropped 32% during the fortnight of containment in March. Compared to the 2008 financial crisis, the drop in activity is much greater.

While awaiting a possible vaccine, a clinical trial consisting in transfusing blood plasma (the liquid part of the blood which concentrates antibodies after an illness) from people who have been cured to “Patients in acute phase of the disease” started.

In France, the first plasma samples began on Tuesday. Two hundred people healed are concerned and sixty patients are included in the clinical trial (thirty will receive convalescent plasma and thirty a placebo), before “A first assessment” in “Two to three weeks”, according to the Public Assistance-Hospitals of Paris (AP-HP), the National Institute of Health and Medical Research (Inserm) and the French Blood Establishment (EFS). Each plasma donation could “Save three or four lives”Eldad Hod, a transfusion specialist who leads the experiment at Columbia University’s Irving Hospital, said.

Meanwhile, France continues its efforts to stock up on masks, and its “Safe orders” now reach 1.6 billion copies, said the Minister of Health, Olivier Véran.

The government is continuing to recommend that it be used only by caregivers and infected people. Regarding hydroalcoholic gel, on the other hand, “There is a very high production” and “We are no longer in difficulty” in this area, said Professor Salomon.

The government ended Wednesday the director of the Regional Health Agency (ARS) Grand-Est of Christophe Lannelongue, who had caused an uproar by Friday believing that there was “No reason to question” the interdepartmental committee for the performance and modernization of the hospital care offer (Copermo), which provides for the abolition over five years of 174 beds (out of 1,577 in 2018) and 598 positions at the Nancy regional hospital center (on about 9,000).

Our selection of articles on the coronavirus

The World with AFP

Share
Facebook
Twitter
Pinterest
WhatsApp
Previous articleBogota women and men will alternate on odd and even days to leave home
Next articleDisney + has more than 50 million subscribers
Save 60.0% on select products from SAMMIX with promo code 6018YMV7, through 4/25 while supplies last.

“You are at the heart of the republican pact”, castex tells the police

As of Tuesday, during the transfer...
Read more

Coronavirus: President of Bolivia Jeanine Añez announces that she has been tested positive

"I am positive at Covid-19, I'm fine, I will work in isolation," Jeanine Añez, the interim president of Bolivia, announced on Thursday on her...
Read more
News

“You are at the heart of the republican pact”, castex tells the police

The ZDF comedy “Endlich Witwer” with Joachim Król was the strongest prime-time program on Thursday evening. 4.58 million (16.7 percent) switched on at...
Read more