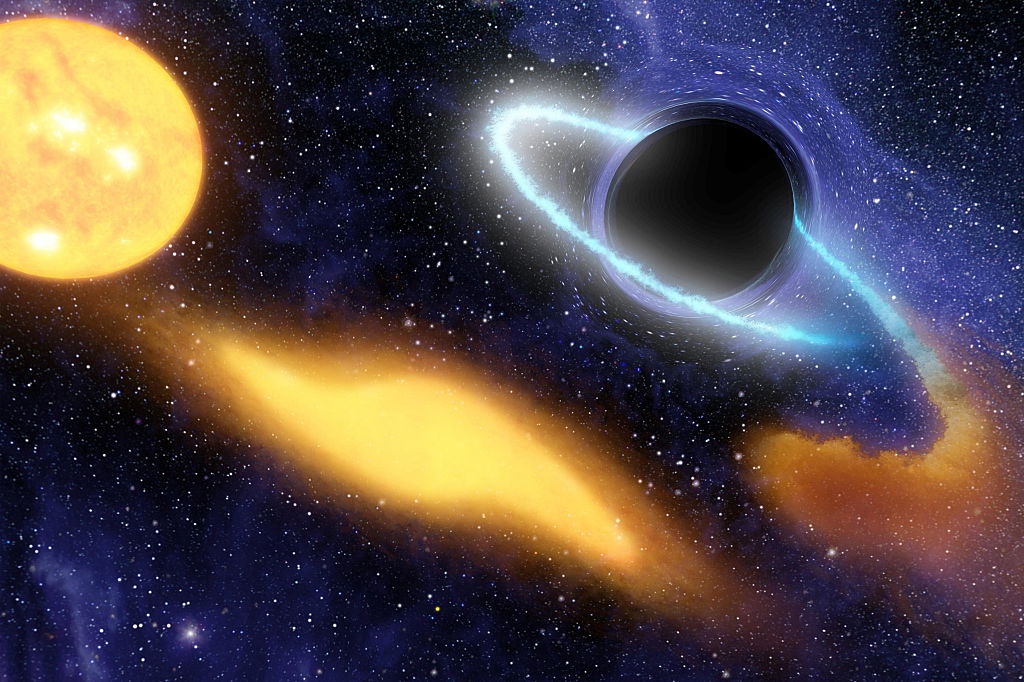 Mauna Kea observatories in Hawaii have discovered the existence of a supermassive black hole at the edge of the universe. A discovery that could provide a better understanding of the formation of black holes and the expansion of the universe since the Big Bang.

Born 13 billion years ago, its mass is 1.5 billion times that of the sun! This exceptionally large black hole is found in the second most distant quasar that we know of, a quasar being a distant galaxy nucleus fed by a black hole (often very bright).

The discovery of Pōniuā’ena, which means “invisible source of rotating creation surrounded by shine“in Hawaiian, is therefore a boon for astronomers around the world. Not only”Pōniuāʻena is the most distant object known in the universe hosting a black hole “, as the co-author of the study Jinyi Yang explains, but it is also said to be “supermassive”, since it exceeds one billion solar masses.

Why does this intrigue scientists?

For such a black hole to exist today, scientists estimate that it would have been born around 100 million years after the creation of the universe. And for it to be so massive today, its initial mass would have to be 10,000 solar masses originally. However, the current state of science suggests that the first black holes were born at the same time as the first stars and galaxies, which only started to form between 100 and 400 million years after the creation of l ‘Universe (entering the so-called reionization phase of the Universe).

Indeed, understanding the way in which black holes were formed in parallel with stars and galaxies is essential to understand the Big Bang, that is to say the creation of the Universe, and the different phases of its expansion. The reionization period, which occurred between 100 and 400 million years after the Big Bang, corresponds to the birth of the first stars and the first structures containing these stars.

This period ends the so-called “dark age” period since the Universe finally becomes luminous, also called the primordial Universe. According to scientists, the energy that allowed reionization could come from the light generated by the first generation of stars or … by the intense radiation emitted by matter when it falls towards black holes!

Until very recently, it was thought that all black holes were born from the collapse of a star, then extended by a series of collisions followed by mergers. However, the starting mass of Pōniuāʻena, of about 10,000 solar masses, and the fact that it belongs to the primordial Universe seriously undermines this theory.

This supermassive black hole should therefore help to better understand the reionization period, which occurred between 100 and 400 million years after the Big Bang and during which the very first stars were formed.

Share
Facebook
Twitter
Pinterest
WhatsApp
Previous articleRapper Kaaris involved in a brawl in Cannes
Next articleCoronavirus in the world: infections, updates and all the news on the situation
Save 60.0% on select products from SAMMIX with promo code 6018YMV7, through 4/25 while supplies last.

After the words, the deeds. The World Health Organization (WHO) has announced the creation of an independent panel of experts to assess its...
Read more
Tech