Atlético vs Liverpool: The red storm arrives in Madrid | sports 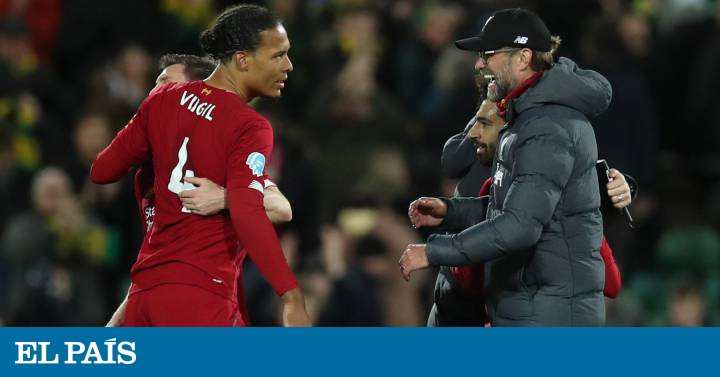 Just two years have allowed the Liverpool jump from unfulfilled expectations to become a vintage team, or so it seems after winning the last edition of the European Cup and erasing all the rivals in the Premier League from the map. Soon the work that he could not finish last year will finish. Nothing will stop him in the conquest of the championship, where he remains undefeated, with 25 wins, a draw and 25 points difference over the second place.

More than a sidereal advantage, it is the guarantee of a success that has resisted it for 30 years. He got his last title in 1990, when the Premier League did not exist. There was also no internet, no free player market, no clubs owned by Arab sheikhs, Russian billionaires, and American businessmen. No one thought that Liverpool, the benchmark English team for the past 15 years, would take so long to win a title that Leeds, Manchester United, Blackburn Rovers, Arsenal, Chelsea, Manchester City and Leicester have won it ever since.

This varied roster of predecessors explains the turmoil and disappointment Liverpool have suffered. His triumphant return, preceded in Europe by two titles in the Champions League and another in the old UEFA Cup, also admits a simple reason. It is none other than the impact of Jürgen Klopp. Since hiring in October 2015, each season has been better than the last, a progression made by a team that gives the word energy all its meaning.

Klopp has put together a team that plays a drum beat, made up of some players, capable of interpreting the ideas of their coach with fanatical conviction. It is a team that has gotten into the skin of its opponents, intimidated by its incandescent deployment and the great variety of physical, tactical and technical resources. Playing against Liverpool is equivalent to crossing a burning field.

Klopp used to say that his style of football is hard rock: simple, loud and forceful. England has not been a hostile territory to his ideas. On the contrary, it was soon understood that Liverpool and the Premier League were the ideal setting for their way of interpreting the game. His personality has helped him. Since the mythical Bill Shankly there has been no similar charisma.

Charisma, ideas and fervor is an excellent equation for successfully walking through football, but without the right players it falls short. Klopp has revealed all his teaching skills in the team’s leadership, but also in the careful choice of the players, cut to the measure of his proposal. Now, in this stellar period, many of them are on the lists of the best soccer players in the world. However, it has been at Liverpool that they have acquired that consideration.

The great powers of Europe were rarely interested in them. Van Dijk and Mané came from Southampton. Robertson (Hull City), Firmino (Hoffenheim), Matip (Schalke 04) and Wijnaldum (Newcastle) were not on the radar of any of the greats of Europe. The English Henderson and Milner seemed amortized. Mohamed Salah had tiptoed through Mourinho’s Chelsea before attracting attention in Rome. It is ironic that the undisputed star of Liverpool was Coutinho, transferred to Barça in January 2017 for 160 million euros, money that Klopp used to sign two masterpieces: center-back Van Dijk and Brazilian goalkeeper Alisson. Without the melancholic Coutinho, the team is more kloppista never.

To the adaptation of these players to a frantic plan is added the vibration produced by the fans, a combination that has fueled the perfect storm. According to the latest news, this Tuesday night will arrive in Madrid.