French football: between the leaders, a real minefield! 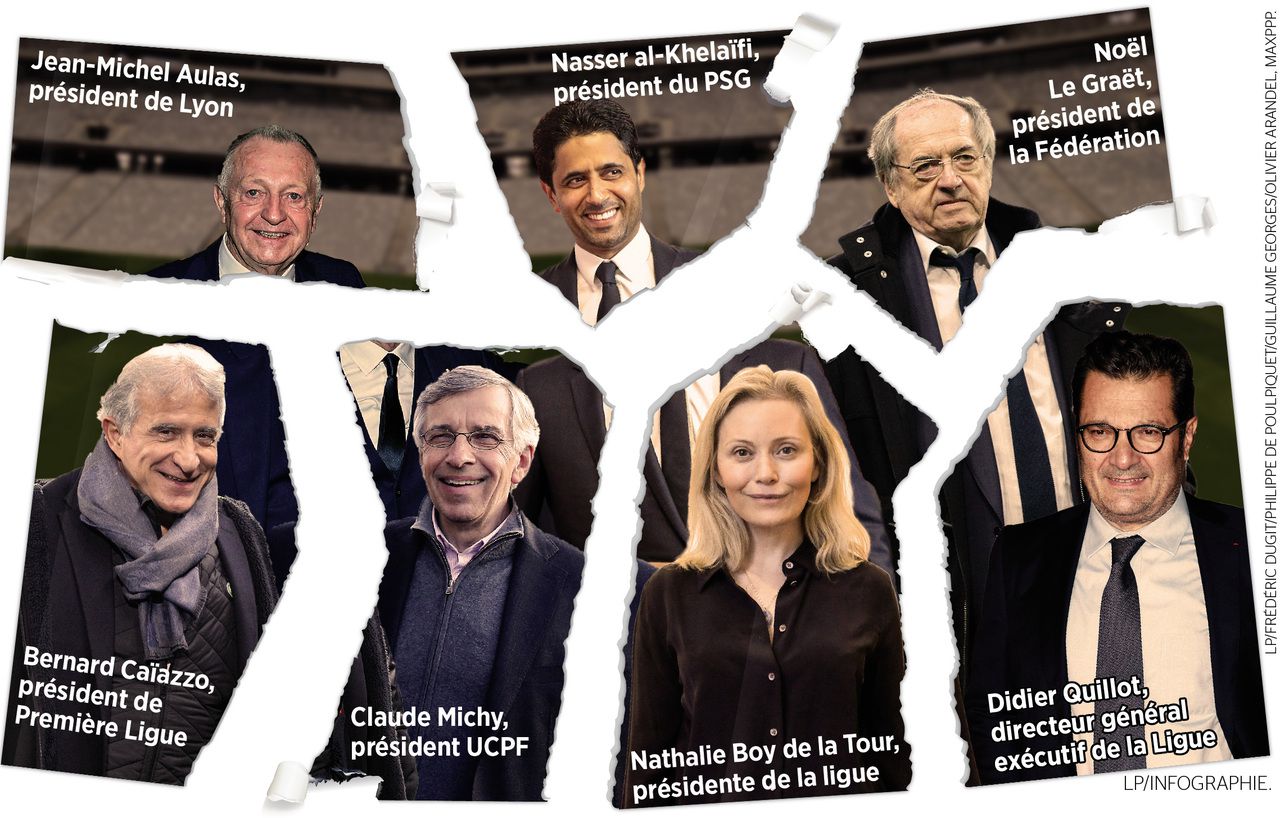 They hate each other and have always hated each other. The Covid-19 health crisis once again offers the spectacle of French football divided in broad daylight, unable to weld itself even in times of sacred union. Between the big clubs, the most modest, the Professional Football League, the Federation, the different unions (in our country, there are two for 44 clubs!), Each plays their personal card.

At stake: saving oneself economically from an announced slump. The French Championships in Ligue 1 and Ligue 2 have been interrupted since March 13. No one can know if they will resume, when and under what conditions. In the meantime, they all have ideas for imagining what follows, but ideas that first promote their personal interest before the sense of the collective. In short, they play it personally in a France that tries to stick together.

“There are several championships, observes Guy Cotret, former president of Auxerre and the Union of professional football clubs (UCPF). There is that of PSG, those who are fighting to qualify for a European Cup, the ten who do not want to go down. Same thing in Ligue 2, with the fear of losing professional status for the relegated. Each club hopes that it will be the other who will snap. The economic stakes are such that unity seems impossible to me. Right now, with the coronavirus, the survival of certain clubs is at stake. It is the reign of everyone for himself. It is morally questionable but it is a reality. “

“I have always said that the speculative financial bubble in football would explode,” adds Philippe Piat, president of the UNFP, the players’ union. But I never imagined it would come from a health crisis. “

“I am afraid that no subject will bring them together”

Ligue 1 and Ligue 2 stage each week, when the competition takes place, teams competing for 90 minutes. This battle, at the final whistle, continues behind the scenes. It never ends. Jean-Michel Aulas is systematically in bickering with the president of Marseille, whether he is called Pape Diouf, Vincent Labrune or Jacques-Henri Eyraud, OM and OL regularly fighting over the place of the PSG runner-up, direct access for the Champions League.

“I am afraid that no subject will bring them together,” laments Piat. They hide everything, even the accounts delivered to the National Directorate of Management Control (Editor’s note: the DNCG, the financial gendarme) because they don’t want others to know how much they are investing in training, what wages they are giving. “

Jean-Michel Aulas, the influential president of Lyon, embodies the leader, the one who always puts forward the most solutions whatever the problem with a common thread: that his solution is especially favorable to OL. At least he does not hide it when other leaders practice sacred union in front of the microphones to destroy their counterparts out of sight.

“God knows if I had differences with Jean-Michel,” says Jean-Pierre Louvel, also a former boss of the UCPF and ex-president of Le Havre. But he knew how far he could go. He always ended up agreeing with the majority opinion. I remember a memorable vote on the board of directors of the League on the transition from Ligue-1 to 18 clubs instead of 20. Aulas was for a narrow elite but before the general consensus, he ended up voting on maintenance of 20 clubs. We yelled, it was often hot but we always found an agreement at the end. “

The redistribution of broadcasting rights, one of the most sensitive subjects in the sector with masterful fights, illustrates this quite well.

That was before. The money taking season after season more and more place, the discord turns for a few years to the legal battle. The Council of State intervened twice in 2015 and 2016 to maintain the principle of three climbs and three descents before the famous football family did not agree on two and two more a roadblock between L 1 and L 2 If the tone rises, it is because the decor has changed.

French football has transformed in recent years with a shifting shareholding structure in PSG (Qatar), Monaco (Russian), Marseille (American) and Bordeaux (American). “There are fewer and fewer people from football in football and more and more businessmen, regrets Louvel. This causes even stronger divisions with a lack of search for consensus. I saw these new investors arrive. They want to remove the DNCG whose mission they do not understand, ask to change the laws in France because they do not suit them. They want to revolutionize everything and everything very quickly. This form of brutality plays on the general state of mind. “

“Before, the guys bandaged for football”

Philippe Piat abounds and regrets the bickering of the 2000s: “The discussions were lively with the Gervais Martel, the Jean-Pierre Louvel but it was still cooler. Before, the guys bandaged for soccer. They were not obsessed with making money. “

To this cultural change is added the traditional ego war. Media coverage requires, some leaders like to multiply speaking, more to serve their hubris than to federate opinions. Bernard Caïazzo (Premier League and Saint-Etienne union), Jean-Michel Aulas (Lyon), very active on Twitter, or even Jean-Pierre Rivère (Nice) are regularly bullied in private by their family members.

In this environment where patriarchy reigns, the President of the League, Nathalie Boy de la Tour, does not always seem welcome. The only woman among the 25 members of the League’s board of directors, she tries to impose a line that is as social as it is liberal, which displeases supporters of purely financial football (player trading, profits). Its defense of a more united football with humanist values ​​collides with the majority concerns of the leaders. One more division.