Linda Tripp, key figure in the Lewinsky scandal, is dead 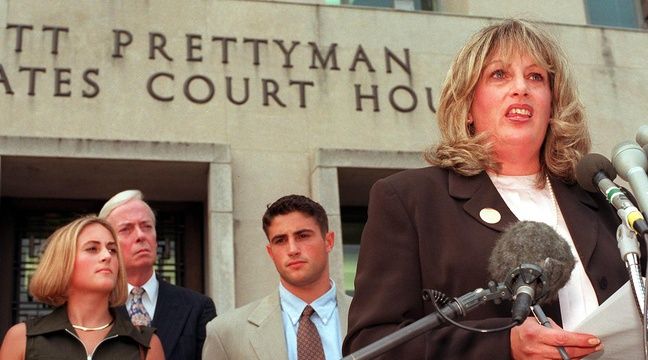 Linda Tripp, one of the main protagonists in the “Lewinsky scandal” which resulted in a recall trial of former US President Bill Clinton, died on Wednesday, his former lawyer told AFP. Joseph Murtha did not specify the causes of death of his former client, but according to his relatives, quoted in the American media, Linda Tripp, 70, suffered from pancreatic cancer.

In 1996, while employed at the Pentagon, she became friends with a new colleague, Monica Lewinsky, a 22-year-old former White House intern who told her of her affair with the Democratic President. Unbeknownst to the young woman, Linda Tripp had recorded her secrets from 1997 onwards. She also convinced her to keep a blue dress soiled with the president’s sperm.

She then delivered the tapes and information about the dress to special prosecutor Kenneth Starr, who has been investigating Bill Clinton since 1994, initially on suspicion of corruption and then sexual harassment. The prosecutor, whose investigation was stalling, seized it to accuse the president of perjury, the latter having denied under oath to have had sexual intercourse with his intern. This investigation had led the House of Representatives to send Bill Clinton to trial before the Senate. He was acquitted in 1999.

Linda Tripp said she acted out of “patriotism” but became a symbol of the false friend, traitor, in public opinion. In 2018, she still defended her action in a podcast: “I made the deliberate choice to say that this behavior was unacceptable on the part of the leader of the free world”. A few hours before the announcement of her death, Monica Lewinsky tweeted: “No matter the past, I learned that Linda Tripp is seriously ill, I hope she will recover.”

no matter the past, upon hearing that linda tripp is very seriously ill, i hope for her recovery. i can’t imagine how difficult this is for her family.

Share
Facebook
Twitter
Pinterest
WhatsApp
Previous article“I’m staying at home”: Jennifer Lopez is participating in the Corona campaign
Next article“The coronavirus crisis reflects the neoliberal vision of public health”
Save 60.0% on select products from SAMMIX with promo code 6018YMV7, through 4/25 while supplies last.

Dozens of farmers on tractors arrive in the city

A group of dozens of farmers with tractors have just arrived in the city. They want to protest there against the plans of...
Read more
News

In the pouring rain on Saturday morning, the search teams returned to the banks of the Red River near the Louise Bridge in Winnipeg...
Read more

A drinker who barely slept while waiting impatiently for his first sip of alcohol in a pub after three months of lockdown...
Read more