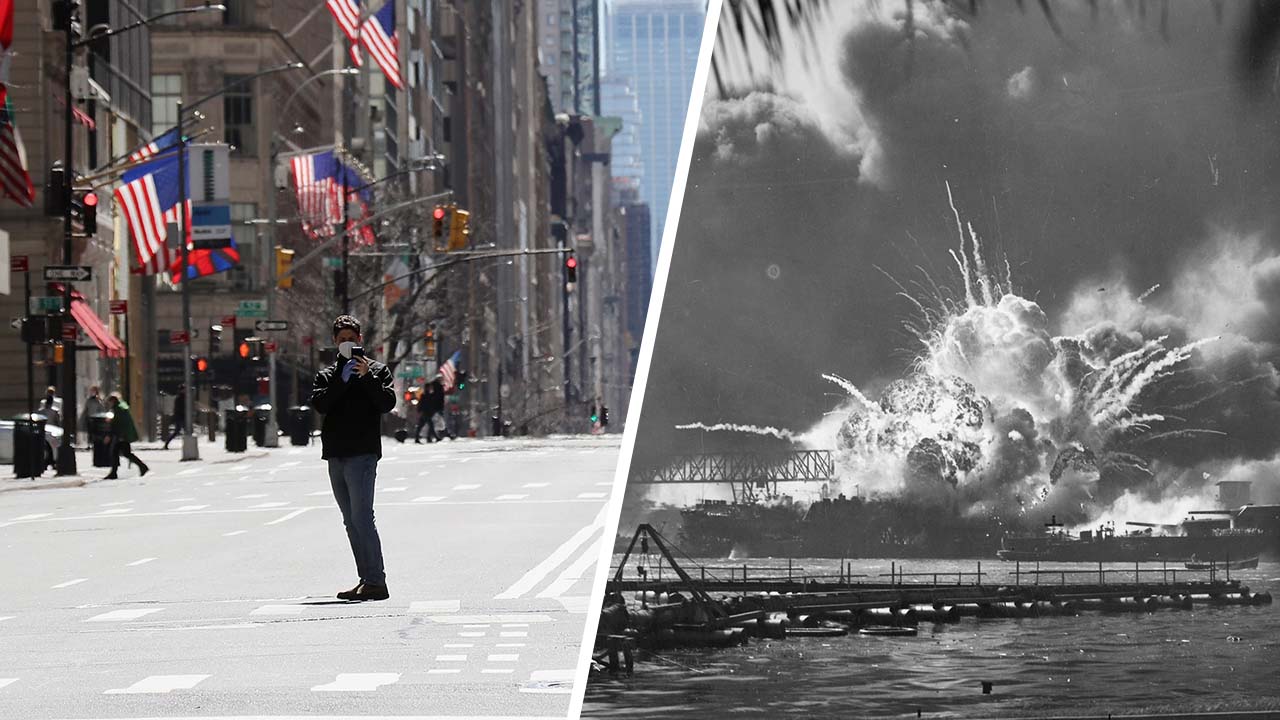 Covid-19 crisis: the Oise fears a massacre in the building sector

When the building goes, everything goes. An adage that has no reason to be in this post-confinement period. If the vast majority...
Read more
Tech

The United States surpassed on Wednesday the 400,000 confirmed cases of covid-19 and the 13,000 deaths, with the disease increasingly widespread throughout the country, but with signs of stabilization in some of the main outbreaks.

According to data from Johns Hopkins University, at 6:00 p.m. GMT this Wednesday the US it accumulated 402,923 positives and 13,007 deaths, which are increasing at a rate close to 2,000 for every 24 hours.
New York remains the great epicenter of the pandemic with more than 142,000 positives, already very close to the figures for Spain, and with 6,268 deaths, after a new record of 779 on the last day.
And the real figures, as the authorities admit, are surely much worse, since deaths outside hospitals are not being counted unless they have previously tested positive. In New York City alone, it is believed that between 100 and 200 people may be dying every day in their homes with COVID-19.
The continuous sirens of ambulances that are heard in the Big Apple and the images of lifeless bodies leaving the hospitals towards improvised morgues continue to illustrate the daily life for residents, among whom the use of face masks or homemade forms has become widespread to cover your face.

The “good news” is that the “curve flattens” in New York, said state governor Andrew Cuomo on Wednesday, who explained that new hospitalizations are being reduced significantly and giving the health system a break.
“If the rate of hospitalizations continues to drop the way it is, the system should stabilize in these next two weeks, which will minimize the need for extra capacity that we have built, “he explained in his daily press conference.
Cuomo assured that the data shows that the measures of containment and stoppage of economic activity are working, but warned that deaths may continue to increase over the next few days, as people who have been fighting the disease for weeks perish.

The virus spreads across the country

Neighboring New Jersey, the second worst hit state, accumulated more than 1,500 deaths on Wednesday – with a new daily maximum of 275 – and was approaching 48,000 confirmed cases, but it was also beginning to see the first signs that infections could be starting to slow down.
Something similar occurred in the state of Michigan, the third with the most cases, where the latest Detroit figures – the main focus – give some reason for optimism.
New Orleans (Louisiana), Chicago (Illinois) or South Florida remain other hot spots, while authorities are concerned about developments in the federal capital, Washington, where only about 1,500 cases have been reported so far and less than 30 deaths.
According to the leading epidemiologist of the US Government, Anthony Fauci, eThis week is going to be “bad” for the country in terms of deaths, but it is expected that for the next one a trend change will begin to be seen, which should not lead to relaxing measures to limit infections, according to Fox News.
To respond to the crisis, the US He looks more and more in California, one of the first foci and with a very determined action he has managed to limit the number of cases, which are still below 18,000 in a state with 40 million inhabitants.
Looking ahead, una of major concerns is the spread of the virus in rural communities, who have fewer health resources and, in general, older, poorer populations with more health problems.
According to the authorities, the coronavirus has already reached more than two thirds of the country’s rural counties and one in ten have registered deaths.

African Americans and Latinos, the most affected

For now, the covid-19 has hit mainly the big cities and, within them, with special force to the African-American communities and, somewhat less, to the Latinas.
In the case of the black population, since the beginning of this week several states have been giving the alarm signal, with Louisiana at the forefront, where 70% of the deceased are African-American, despite the fact that they only represent a third of the population .
Figures from places like Illinois and Michigan also show that the African-American community is being disproportionately affected by the disease.
New York, which with its high number of cases and a very diverse population has a more representative sample, came to confirm the thesis this Wednesday by offering its first data of this type.
In the Big Apple, Hispanics are the worst unemployed, with 34% of deaths despite accounting for 29% of the population, while blacks represent 28% of the dead when they are 22% of the inhabitants.
Although the figures are not as marked as in other states, the authorities announced measures to respond to this disparity: on the one hand the state is going to increase the number of tests among minorities and on the other the city is going to launch a great campaign for information and awareness in various languages.

Faced with the economic impact of the pandemic, the US Congress on Wednesday discussed a new aid package with more funds for small and medium-sized businesses as well as local and state governments, just days after the fiscal stimulus plan came into action. 2 trillion dollars.
The total amount currently under discussion between Republicans and Democrats could amount to $ 500 billion, while Another 250,000 million additional fund for aid to small and medium-sized companies is expected to be voted on Thursday., after the previous game of $ 350,000 million was exhausted due to the high demand for petitions.

Share
Facebook
Twitter
Pinterest
WhatsApp
Previous articleAfter a canoe accident: rescuers find the body of Kennedy great-grandson Gideon McKean
Next articleThe ‘Crazy’ Gatti is discharged after suffering from coronavirus
Save 60.0% on select products from SAMMIX with promo code 6018YMV7, through 4/25 while supplies last.

showdown between Baghdad and militias

“ It sounds crazy ”: they can’t be together in Canada, so they move to Serbia

TORONTO - She lives on an island where COVID-19 has never been...
Read more
World

Reunion Islanders can resume their procedures with the Region to obtain territorial continuity vouchers. Interrupted during confinement, the device resumes service from this...
Read more

Covid-19 crisis: the Oise fears a massacre in the building sector

When the building goes, everything goes. An adage that has no reason to be in this post-confinement period. If the vast majority...
Read more
Tech

‘Silent spreaders’ may be responsible for half of Covid-19 cases, study finds

As the first known healthy carrier of bacterial disease, transmitted by a toxin in the stool, Mallon refused to believe that it was an...
Read more