World Car of the Year 2020: Kia Telluride – the best car in the world 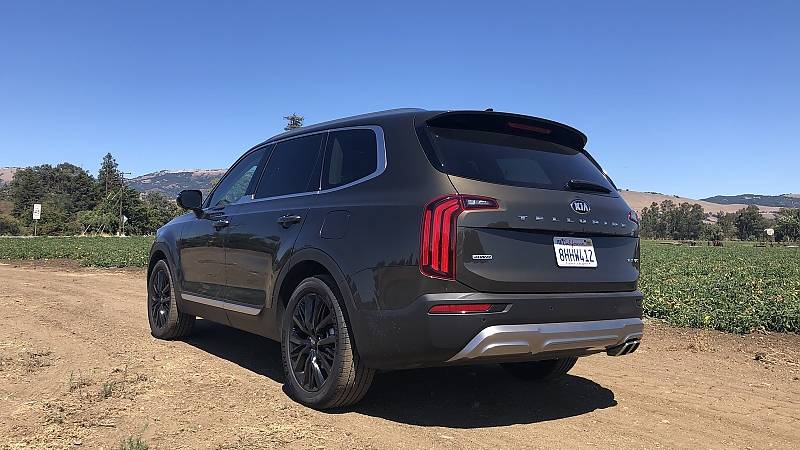 The stories of Chosen One seem to be everywhere, from Harry Potter to ancient myth. The most archetypal examples come from the Star...
Read more
Sport

Not surprisingly, the five-meter-long family SUV Kia Telluride won the election for the World Car of the Year 2020. Originally, the overall winner at the New York Auto Show should have been officially announced as well as the best-placed in the individual classes. However, the global corona crisis thwarted all plans and the internationally renowned award benefited from the fact that the final test drives of the 86 international judges from 24 countries took place at the end of last year. At the beginning of the year, the only count was that the pandemic did not affect the rating.

Ultimately, the Kia Telluride prevailed in the overall classification, which, with its excellent price-performance ratio, was definitely one of the favorites. He won against the Japanese twin pack of Mazda CX-30 and Mazda 3. “Everyone at Kia is really honored to have received not just one but two awards from the World Car of the Year jury,” said Thomas Schemera, Executive Vice President and Head of Product at Kia Motors, “This is one of the toughest competitions in the global automotive industry, proving that both the Telluride and Soul EV are truly outstanding vehicles.” The Mazda 3 was able to secure first place at least in the design category. “We are honored to receive the World Car Design of the Year award this special year to mark the 100th anniversary of Mazda’s founding,” said Akira Marumoto, deputy director, president and CEO of Mazda Motor Corporation, “we will continue to offer our customers unique products, designs, technologies and experiences. “

European or even German manufacturers remained in the global ranking without any real chance of victory. The most successful model from Europe, Germany and the best-placed electric car is the Porsche Taycan, which won the two categories World Performance Car and World Luxury Car at the same time. With the Soul EV, a Kia and an electric vehicle were also the best city cars in the world.

The Kia Telluride is named after a small and exclusive winter sports resort in the US state of Colorado. In summer there is not much going on in the 2,300-inhabitant community on the San Miguel River, but in winter Aspen’s little brother awakens to lively life. The five-meter-long SUV from Kia, with up to eight seats, is just as luxurious as you would expect it to be, with full equipment in the 299 hp top version Telluride 3.8 SX, it doesn’t even cost $ 50,000. The base model costs little more than $ 30,000. Space, drive and equipment leave only a few wishes unfulfilled. This means that the twin model of the Hyundai Palisade not only creates problems for the local volume manufacturers in the USA and in some Asian countries, but also attacks the European premium competition, which is two classes smaller for the same price. The question remains whether the Kia Telluride has the chance to come to Europe after the victory and the title World Car of the Year 2020.

Share
Facebook
Twitter
Pinterest
WhatsApp
Previous articleThe ‘Crazy’ Gatti is discharged after suffering from coronavirus
Next articleEnd of Fernando Gaviria’s nightmare: 50 days later he was able to return to Colombia
Save 60.0% on select products from SAMMIX with promo code 6018YMV7, through 4/25 while supplies last.

The stories of Chosen One seem to be everywhere, from Harry Potter to ancient myth. The most archetypal examples come from the Star...
Read more
Entertainment

Hurd put Depp in the soul and in the conjugal bed

Johnny Depp and Amber HeardIn London, litigation began in the case of "pirate of the Caribbean."On Tuesday, July 7, in London, the High Court...
Read more
Entertainment

Shanna Kress (Villa 5) at war with Rym after the clash with Nathanya? She is focusing

A few days ago, Shanna Kress said she was disappointed by Jonathan Matijas and Raphaël Pépin in a video on her Youtube channel. ...
Read more

The stories of Chosen One seem to be everywhere, from Harry Potter to ancient myth. The most archetypal examples come from the Star...
Read more
Sport

NEW DELHI: The World Health Organization on Tuesday recognized emerging evidence of the aerial spread of the new coronavirus after an open...
Read more

The stories of Chosen One seem to be everywhere, from Harry Potter to ancient myth. The most archetypal examples come from the Star...
Read more