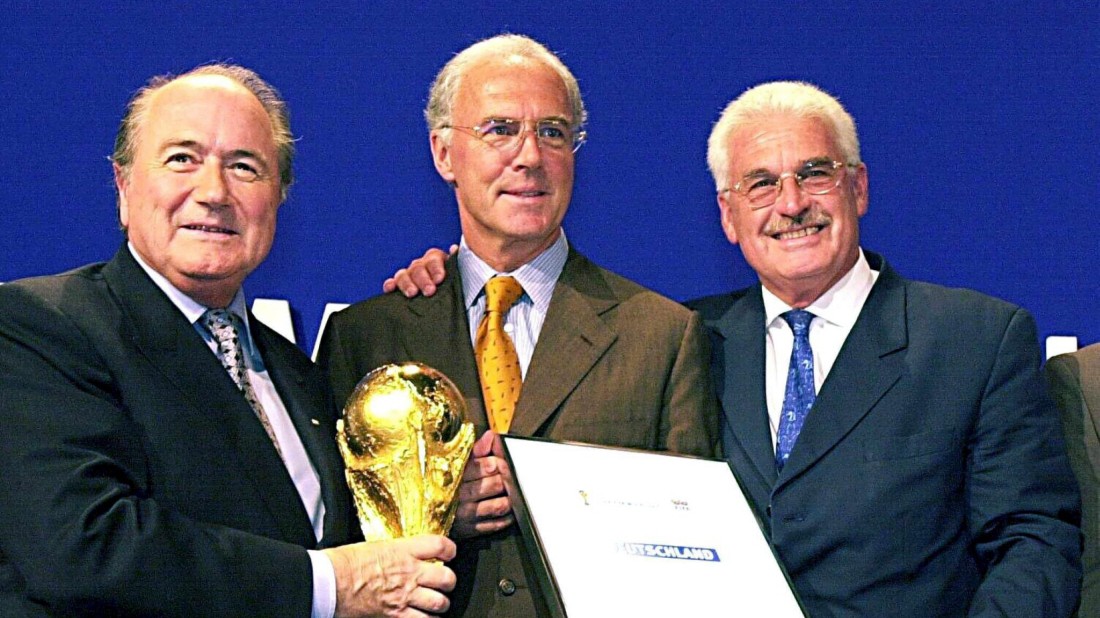 Last attempt at self-enlightenment: According to SZ information, a Berlin detective agency should investigate the curiosities surrounding the 2006 World Cup – on behalf of the DFB.

At the end of April there was this familiar picture again: The leadership of the German Football Association was totally contrite. The Swiss criminal case regarding the pushing of millions around the 2006 World Cup was time-barred, fruitless and unrecognized – and from the Frankfurt association headquarters the flop was accompanied by words of regret. “It is extremely unsatisfactory, even frustrating, that we still do not have a conclusive picture of the processes involved in the 2006 World Cup,” said DFB President Fritz Keller. He would not come to terms with this: “It is my personal concern to do everything possible to provide information within our possibilities!”

That looked rather funny. Since the outbreak of the “summer fairy tale” affair almost five years ago, the DFB has never really attracted any attention. And now something should happen again? Maybe actually. According to SZ information, a Berlin company named Esecon is now commissioned by the DFB to investigate the curiosities surrounding the 2006 World Cup.

This is a detective agency that has been offering its silent services under changing names for almost ten years. According to the commercial register, the profile includes “the creation of journalistic and forensic data analyzes and their procurement”. Senior police officers are associated with her. The company rarely appears in public; It was in the headlines in 2015 because the MDR used it to solve a scandal surrounding the children’s channel – and paid almost seven million euros for it.

The law firm Freshfields collected millions, but only delivered pieces

The DFB did not want to answer an inquiry about details of the cooperation – for example, who chose the company exactly when and how much fee it receives “against the background of the current general inventory”. At Esecon it was said on Monday at the SZ that no questions were answered. According to SZ information, however, the detective agency has been working for the association since last year, at least one ex-official says that he was interviewed by Esecon employees in 2019. The trigger for the collaboration was therefore a suspected fraud case in gang advertising for international matches. In that case, the focus was (and still is) on the relationships between DFB people and the dazzling rights agency Infront, which in turn plays a key role in the 2006 World Cup affair.

When Fritz Keller moved to the top of the DFB in autumn 2019, he announced a general inventory. The secrets of the 2006 World Cup and Franz Beckenbauer are now integrated into this opus magnum. For example, the EUR 6.7 million loan that Beckenbauer received for an unspecified purpose from former Adidas boss Robert Louis-Dreyfus in 2002 – and which was repaid three years later by a tortuous payment, but not from Beckenbauer, but from the DFB via the world association FIFA back to Louis-Dreyfus.

It is the last chance of the DFB. So far, all efforts to educate about the once celebrated home World Cup have been unsuccessful. The law firm Freshfields had received a high seven-digit million amount in 2016, but only delivered odd pieces – which led to the absurd conclusion that there was no evidence of a purchased World Cup surcharge (which everyone then accepted with demonstrative relief, despite all the incriminating evidence ). The criminal proceedings in Switzerland turned into a kidnapping farce, the chief investigator Michael Lauber torpedoed the case himself. There is still another case pending before the Frankfurt Regional Court: suspected tax evasion or aid from the three former DFB functionaries Wolfgang Niersbach, Horst R. Schmidt and Theo Zwanziger and ex-Fifa general secretary Urs Linsi, because the repayment of the 6.7 million loan was wrongly claimed as an operating expense. But this procedure does not look as if it would bring great clarification; at its core it’s about tax issues.

Share
Facebook
Twitter
Pinterest
WhatsApp
Previous articleGalicia aspires to phase 2 with mobility throughout the territory | Radio Galicia
Next articleBrazil is already the third country in the world with more cases of covid-19
Save 60.0% on select products from SAMMIX with promo code 6018YMV7, through 4/25 while supplies last.